Something I dislike about train journeys in India is that Paul is able to sleep like a baby while I get on with the panicking about which is the right stop to get out on. When you’re jammed up against the ceiling looking directly at a set of 3 dubiously hung – and at best, dangerous looking – fans, and the train keeps stopping and letting people on and off at seemingly random intervals, you give rather a lot of thought to getting off at the right place yourself. Over and over your mind plays recordings of horror stories that others have told of missing their stop and ending up in goodness-knows-what sorts of situations. So each time the train stops, you crane your neck trying to look down through the window and up again at the (hopefully) signs at the stations, and goodness knows why because many of them are written in Hindi and it’s dark anyway.

It’s downright disgusting how relaxed that man looks when my nerves are in tatters and I’m freaking out about where we’re supposed to get off on this enormous sub-continent.

Well, this time I’m taking my cellphone so I can use it as an alarm clock. I too will sleep like a baby and he can do the panicking, if necessary.

So off we trundled on our adventure to Bundi, Rajasthan after a few days back in Delhi.

We got to Kota (not the most attractive looking city in the world – apologies to the locals, but really it isn’t, is it?!) and took a tempo to the bus station to get to Bundi. A tempo is kind of a large auto rickshaw. There’s a sort of box thingy on the back that fits about six to eight people. Or in India, as many as you can get in there and still breathe. The driver insisted on putting us in the front with him, which felt a little elitist at first, but then it might have been uncomfortable for the locals to be jammed in with us in the back. I dunno. I just went where I was told. Which turned out to be squished in between the driver and Paul. Now, I don’t know if it was just my imagination, but it seemed to me that the driver really used his elbow a lot when changing gear. And guess who wore it in one of the softer and more feminine parts of her body every minute or so. However, I decided that just in case it wasn’t my imagination, that I would make myself a little bit wider to combat this. Gradually and subtly I edged my elbow and upper arm towards him until that was what his elbow pushed against instead. Funny thing, it stopped happening after a while.

The bus ride to Bundi was interesting – stimulating even. It takes about an hour and there seem to be a lot of trucks coming the other way. And the loads on them are about half as wide as the truck again hanging over each side. Essentially the road rules are this: If he’s bigger than you are, it’s probably best to give way and let him have the road. However, do not embark upon your pulling over procedure until a maximum of 3 seconds before you collide. This way he will know that you are a man and not the whelp of an insignificant street-dog nephew.

We got there alive – and on my part significantly surprised about it – and took chai in a roadside cafe. That is to say, a roof with a gas cooker under it, a bit of a kitchen, a few tables and three or four Indian men sitting round looking at you.

We took chai, perused our copy of Lonely Planet – India, and decided that the Haveli Katkoun sounded like an alright place to stay. As it turned out, it was a good decision. It’s run by a pleasant young man called Ragoun (light skin and green eyes – quite a cutey actually) and it’s tidy, pleasant and has a little courtyard with a palm tree and a bit of garden and quite nice food. Our room was lovely. A big beautiful bed with lots of wood inlay, a lounge bit with coloured glass windows everywhere and a generous-sized bathroom. Between us all we deduced that 300 IR (about $11.00NZ) per night was acceptable. Bearing in mind that this was off-season. 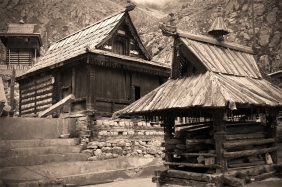 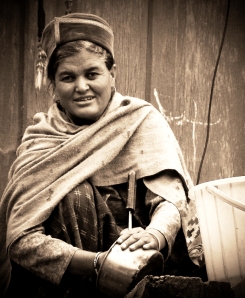 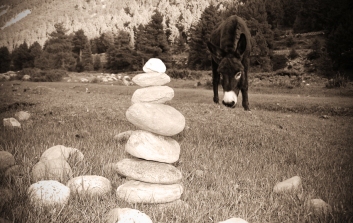 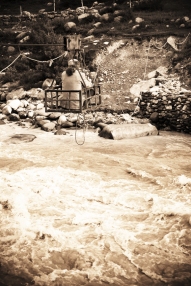 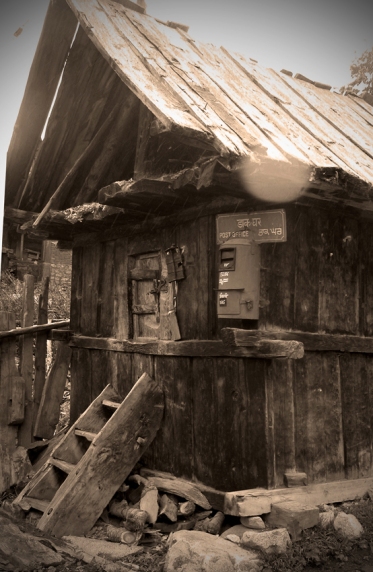 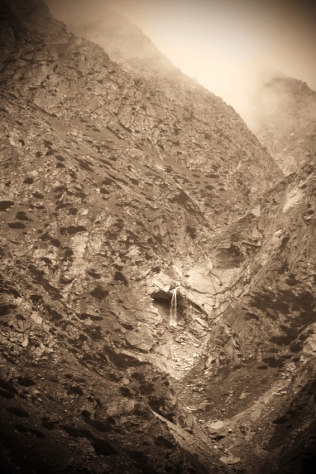 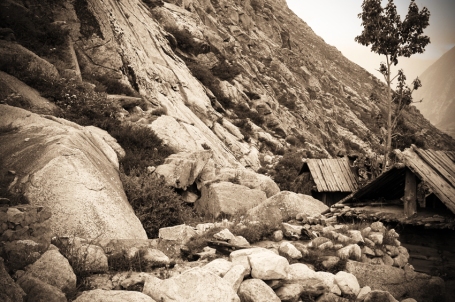